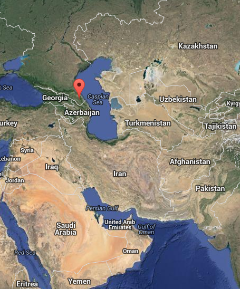 So who are the Aghul People?  As of 2019, there were about 35,000 people making up this people group.  The Aghuls live in Dagestan, a region of southwestern Russia bordering Azerbaijan and the Caspian Sea.  They inhabit primarily the high mountainous regions north of the Samur Valley. Due to this isolation, many of their traditional customs have been preserved. The Agul occupy 21 villages in four valleys, each valley being the homeland of one of four distinct Agul subgroups. One of the valleys is called Aghuldere, which means “the valley of the Agul.” This is believed to be the original homeland of the Agul.

Because the terrain of Dagestan is very rugged, the Agul have had limited contact with the neighboring groups. In times past, they had the most contact with an ethnic group known as the Lezgian, as they often traded in the bazaars in the large Lezgian village of Kasumkent. There, the Agul would exchange cheese, butter, wool, and woolen products for grain and manufactured goods. Other neighboring groups in Dagestan include the Rutul, Darghinian, Kaitak, and Tabasaran. 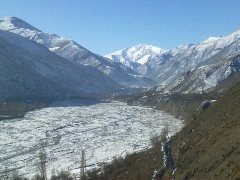 In the traditional Agul economy, herding sheep and raising cattle were of greater importance than farming, due to the harshness of the mountain winters. The Agul grazed their sheep in the high mountain pastures during the summer and then drove them to lowland pastures for the winter, if possible. Unfortunately, the winter pastures were outside the Agul territory and had to be rented from the Lezgian, Tabasaran, or Azeri. This made it very difficult for the less wealthy Agul.

Today, most of the Agul still live as herdsmen. However, some are involved in the production of cloth, tapestries, and felt cloaks. During the winter months, many Agul men leave their villages to seek work in the urban centers of the lowlands. However, under Soviet rule they did so only as part of the collective (community) farm system. All tasks associated with shepherding are usually performed by men, including shearing, milking, and preparing dairy products. Since only the women, children, and elderly live in the villages throughout the entire year, the women’s responsibilities include tending to the cattle that remain near the villages.

In times past, the constant threat of hail storms and frost made farming very difficult for the Agul. Only the most robust grains (rye, barley, and wheat) were cultivated. Even so, the yield was seldom sufficient for the needs of the Agul, and additional grains had to be obtained through trade. Fortunately, the introduction of modern farming methods during the Soviet period increased the yields and the variety of crops.

Traditionally, the Agul were divided into tukhums, or clans consisting of 20 to 40 households. Each tukhum had its own cemetery, pastures, and hay fields. The members supported and defended one another, and marriages seldom took place outside the tukhums. Each village had its own council, which was made up of representatives from each of the three or four village tukhums.

The Agul speak a Northeast Caucasian language, also called Agul, which is closely related to Tabasaran. Agul has never been a written language; but since Lezgin is understood by nearly all Agul, most of them consider this to be their literary language. Knowledge of Lezgin, Russian, and other local languages is relatively widespread among the men. More and more women now speak other languages as well.

The Agul were converted to Islam after the Arab conquest of the eighth century. Today, the Agul are virtually all Muslim, and each village has a central square with a mosque. While Dagestan is the most solid bastion of conservative Islam in the former USSR, some pre-Islamic traditions are still practiced.

Prayer is the key to seeing this people group reached with the glorious Gospel of Christ.